On February 16, 2016 I posted a story about the Renault Dauphine 1093 rally cars.  I had seen one while participating in the 2016 Rallye Monte Carlo Historique.  I included some information about the Renault Rally Team of three Dauphine 1093 cars that competed in the 1962 Shell 4000 rally.  In that post I wondered where these cars are now, as seeing a Renault Dauphine in the USA or Canada is very unusual.

In the story I mentioned that there is a website devoted to the Renault Dauphine 1093 cars.  The purveyor of that website, Jean-Francois Riou, sent me an email message that he has been keeping since about 2002 concerning a potential lead on the whereabouts of some of the three Renault Dauphine 1093 cars that took part in the 1962 Shell 4000 rally.  With Jean-Francois’ permission, I am including this potential lead below:

“Georges Boucher has a car dealership, “Boucher Motors” at 310 East 2nd Street in the City of Vancouver BC (sorry I don’t know the postal code) and their telephone is (604) 873 2454.  You could try getting in touch with Georges directly.  Many years ago I bought a used Peugeot 404 Injection engine from him and at the time he had a photo on the wall of a Dauphine 1093 on the wall, with Canadian license plates on the car.  My friends and I were “into” Dauphines then (I had an R1094 converted to R-10 drivetrain and my friend had an R 1091 Gordini).  We asked Georges about that 1093 and he wouldn’t tell us whether he still had the car or not, but we thought he did, as why else would he not tell us.  This was around 1982.

About the other 1093, it was bought by someone in Winnipeg way back in 1970 and he used it for 10 years and then he re-sold the car in British Columbia around the late 1970s or 1980.  He told me the car was in the interior of BC at the time but I was unable to follow up on that information.  I think the car might have been used in the Shell 4000 (Trans-Canada Rally) in the early 1960s.

So I’m afraid that’s all the information I have.  Bonne chance!

There might be something in that message that might lead to finding the whereabouts of some of these special rally cars.  If anyone can add some information to the above lead, then that would be great. 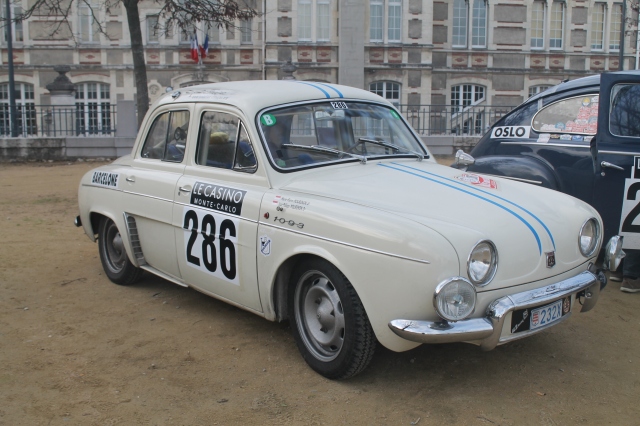 Perhaps these cars no longer exist, but perhaps one or more is lingering in a barn or a field somewhere.

If you have any comments or questions about this post, then either leave a comment below or send me a private email: shanna12 at comcast dot net

This entry was posted in Uncategorized and tagged Renault 1093. Bookmark the permalink.