I was recently starting to read Graham Robson’s book “Rallying, The 4 Wheel Drive Revolution”.  This book documents the rise of four-wheel drive rally cars in the 1980s.  I have the second edition of this book which was written in 1988, so it was written during this revolutionary era.  It looks like a good book and I look forward to getting to fully read it. 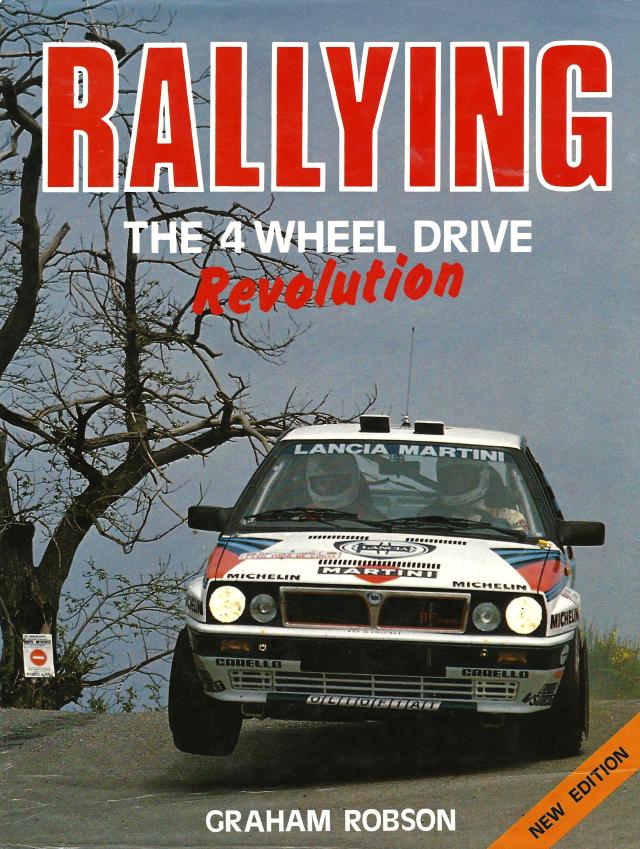 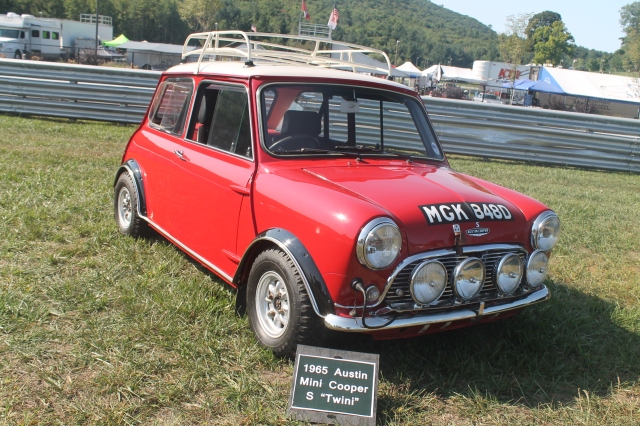 It is known that Downton Engineering also built a twin-engine Mini and raced it in the 1963 Targa Florio. The car was plagued with overheating and excessive tire wear, but managed to finish the race.  I think that the car shown below is this second Downton Engineering Mini, but I am not sure.  The picture below is taken from Graham Robson’s book, but he is not specific on which Mini it is.  Hopefully someone with information on this car will be able to clarify the identification of the Mini. 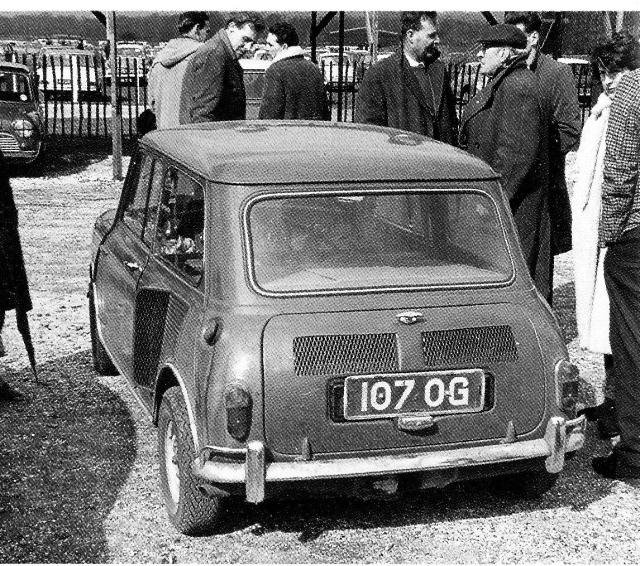 Below is a cutaway drawing that shows the basic mechanical positioning of the second engine.

As the Mini Cooper engine is not large and as the transmission and drive train are integral with the engine, it is rather easy to conceive how to construct a twin-engine Mini.  While the original Mini was a small car on the outside, it was rather roomy on the inside.

Second Engine Is Located In The Back Seat

I suspect that the biggest issues with the twin-engine Mini are related to dissipation of heat given the location of the engine.  The challenge would be to get cool air to the engine compartment and get rid of the hot air as soon as possible.  I am somewhat surprised to see what appears to be large portions of the exhaust system within the engine compartment.

The picture below shows how in this car cool outside air is diverted into the rear engine compartment via the modifications to the rear window. 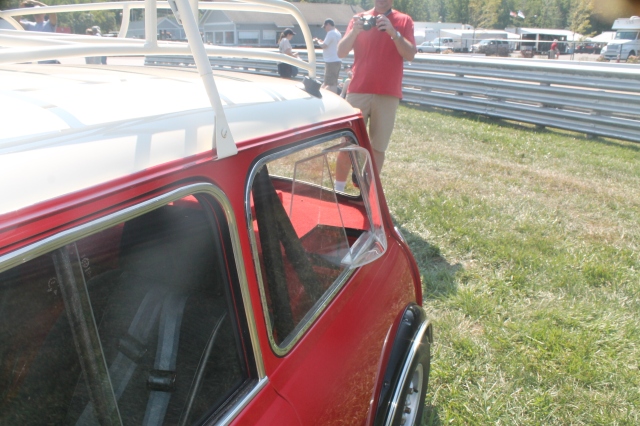 I don’t know how the engines work together, but the gear shift linkage shown below appears to allow the driver to shift both transmissions at the same time.

It can be imagined that the performance of this car must be impressive.  Each engine might have 90 to 110 horsepower and therefore having about 200 horsepower in an 1,800 pound car would likely result in very impressive acceleration numbers.  The small diameter tires, rally gearing, and the “brick” shape of the Mini might result in a top speed that is not particularly impressive.

Note Twin Gauges – One For Each Engine

If anyone can add information about the twin-engine Mini Cooper cars, or has any comments or questions, then please leave a comment below or you can send me a private email message at the following address: shanna12 at comcast dot net

This entry was posted in Uncategorized and tagged Mini Cooper S. Bookmark the permalink.