The 2018 Dakar Rally Route Is Announced

Yesterday the organizers of the Dakar rally announced the route for the 2018 Dakar.  The overall route of this event changes from year to year.  Next year the route will travel through Peru, Bolivia, and Argentina as shown below. 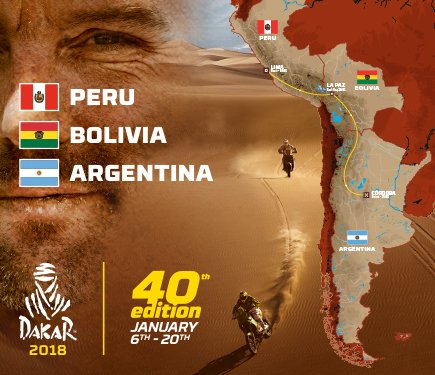 The 2018 route is a little different from the recent past events in that the event will not start in Argentina and return to Argentina.  The 2018 route will start in Lima, Peru on January 6 and end in Cordoba, Argentina on January 20, 2018.  It is difficult to be certain, but by stopping the event in Cordoba instead of continuing on to the Buenos Aries area it might eliminate one or two stages that are more like “road-like” than the more typical off-road Dakar stages.  To be clear, Cordoba is a large city of 1.4 million people, so many roads nearby will still be well-developed, but route selection will still be key.

The 2018 Dakar will be the 40th edition of the Dakar.  The event has gone through a number of configurations over the years, including changing continents, and to this day the event is a little different from year to year.  The image below shows the start area in Paris, France during the initial 1978 running of the Paris to Dakar event.

1978 Start Area Of The Paris To Dakar Rally

Last week I posted some photos from the recent Dubai International Baja rally which has certain characteristics that are similar to the Dakar rally.  I got a follow-up message this week from Fred Gallagher, Rally Director of the Endurance Rally Association, who was at the event in Dubai as the Chairman Of The FIA Stewards.  Fred knows that I am interested in things related to rally navigation, so he sent me the following image of a co-driver/navigator dash from that event.  Very complex! 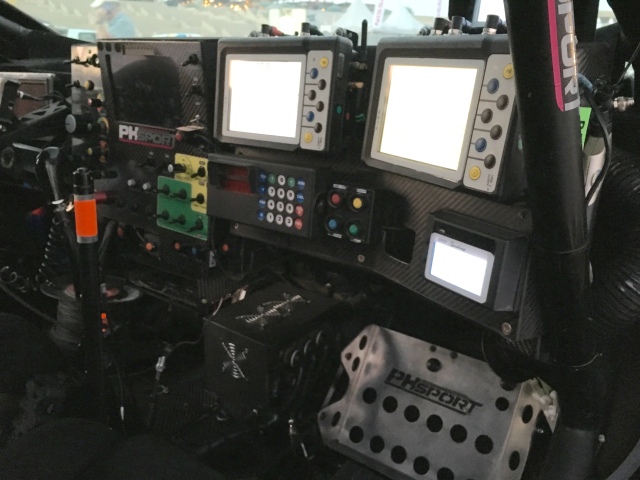 As can be seen from the above photo, it is not easy being a co-driver/navigator in these desert/off-road events.

If you have any comments or questions about the Dakar rally or this post then leave a comment below or you can send me a private email message at the following address: shanna12 at comcast dot net

This entry was posted in Uncategorized and tagged Dakar Rally. Bookmark the permalink.