Ceretta Bros Continue To Do Well At The 19 Capitales Historico

Last night I got another update from Paulo Ceretta about how he and his brother are doing in the 2017 19 Capitales Historico rally in Uruguay.  I am pleased to say that they are still doing really well as they are in 3rd place in Velocimetro, first in their Category, (f), and 42nd in the Overall Standings.  But as Paulo noted, there are still two days to go and lots can happen!

Paulo Ceretta and His Brother, Alejandro, Are Doing Well In The 19 Capitales Historico

Paulo sent me some photos from the rally which I have included in this post.  The photo below looks like they have had to endure some bad weather during the rally.  There appears to be a very heavy rainstorm on the horizon and they are heading towards it.

The dull weather is reflected in the photo below of what appears to be a very long line up to start a timed section.  The lush greenery on the side of the road is a stark contrast to the winter conditions here in the northeast USA.  I am not sure what the make and model is of the car ahead of them in the line up.  The second car ahead of them looks like one of those late 1930s Chevrolet coupes made famous in South American rallies by Juan Manuel Fangio. 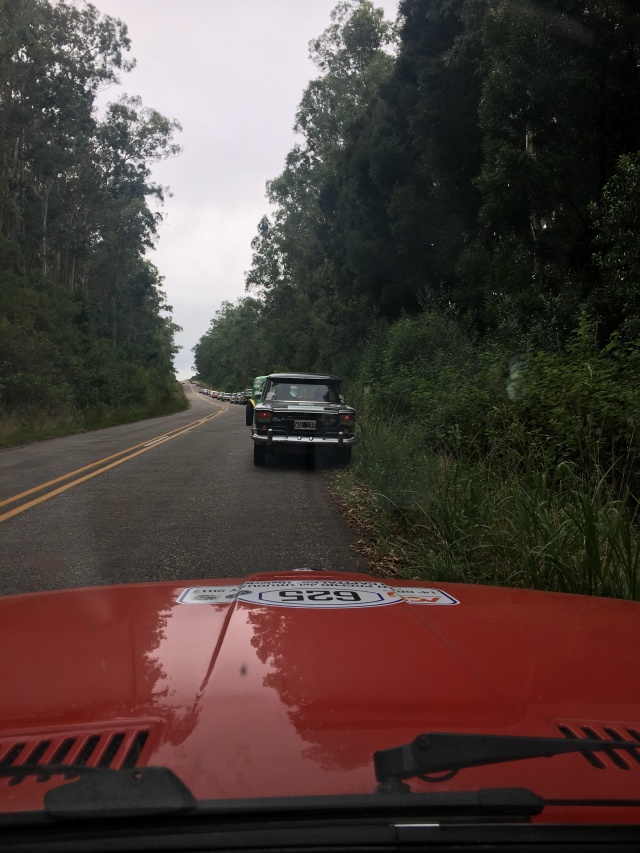 My other friend who is competing in this rally, Fernando Denis, is holding steady in 115th place.  While I have not heard from Fernando, I know that he will be enjoying the rally, as he has his father as his navigator.  The photo below shows Fernando’s BMW 2002tii as he was building it in 2015.  Fernando has a body shop in Ossining, New York and does great work. 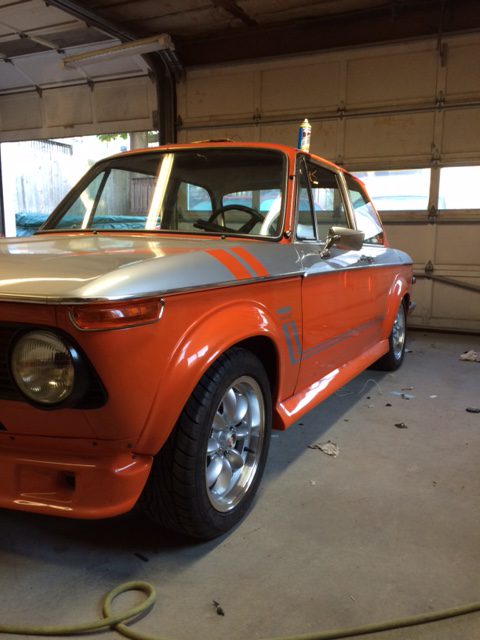 I have included the Overall standings for the 2017 19 Capitales Historico rally after three days.  These can be seen by clicking on the following attached file.  I was pleased to see that the car in the top Overall position in the 19 Capitales Historico is an IKA Torino which is a car that I have posted about frequently.  This is a South American car based on the Rambler American, which the American Motors Corporation should have imported back into the USA.

The Overall Day 3 Standings can be seen by clicking on the following file:

If you have any comments or questions about this post or the 19 Capitales Historico leave a comment below or you can send me a private message at the following address: shanna12 at comcast dot net

This entry was posted in Uncategorized and tagged 19 Capitales Historico. Bookmark the permalink.