As some of you might know, I have a small collection of material of memorabilia from the Canadian Winter Rally.  I add to this collection as funds and opportunity arise.  Recently those two factors aligned and I acquired two more license plates that were issued to the competitors in this rally.

The Canadian Winter Rally was a major winter rally in Ontario hosted by the British Empire Motor Club of Toronto.  In the late 1950s through to the 1970s, this rally frequently attracted well over 100 entries from Canada, United States, and even England on occasion.  Factory-sponsored rally teams were commonplace.  The rally was a brisk run over 2 or 3 days through the wintry back roads of Ontario.

Over the years the rally morphed into the Ontario Winter Rally and more recently the Polar Bear Rally hosted by the Maple Leaf Rally Club.  I have competed in this rally during the Ontario Winter Rally days and it was a great winter overnight rally.  The rally used some well-known stages from the Rally Of The Tall Pines stage rally.  Today, the Polar Bear Rally continues this tradition. 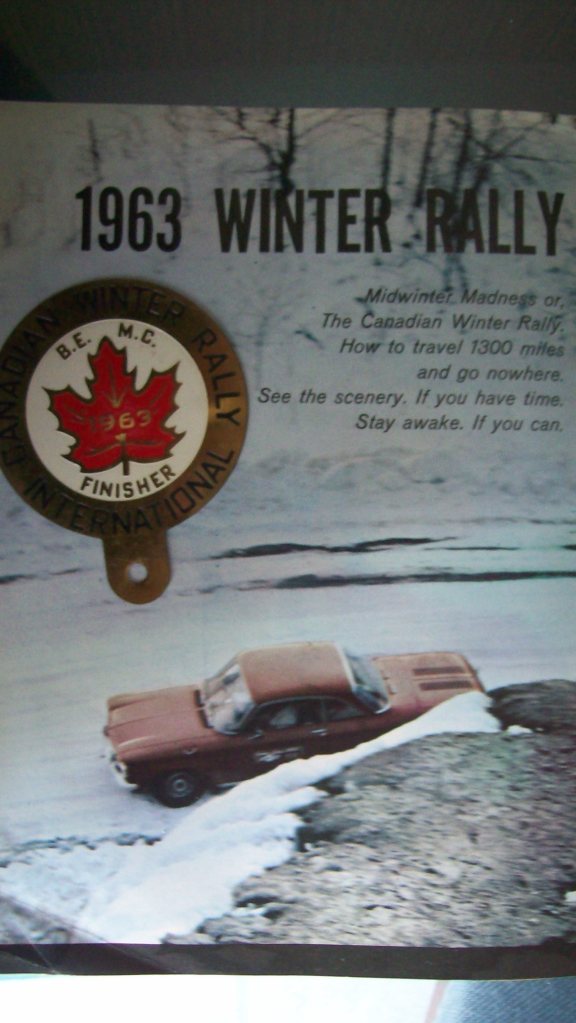 I would be interested in adding to my collection of Canadian Winter Rally memorabilia, so if you have something buried in a box in the basement, then let me know by sending me a private email message at the following address: shanna12 at comcast dot net

This entry was posted in Uncategorized and tagged Canadian Winter Rally. Bookmark the permalink.