Some Photos Of “Lawrence of Arabia” Getting His New Motorcycle

I got an interesting message this week from Andrew Hallsworth of Nottingham, England.  Andrew came across this website and saw a post that I made several years ago, June 7, 2011, about T. E. Lawrence, better known as “Lawrence of Arabia”.  In addition to his military exploits, Lawrence was a well-known motorcyclist and enthusiast for Brough (pronounced bruff) motorcycles.

Jack Hallsworth had a keen interest in motorcycles knew George Brough who made the Brough Motorcycles.  One day he got a message from George suggesting that if he came down to the factory at a later time that day with his camera, he may well get an interesting picture.

Without knowing any more, Jack Hallsworth did exactly that and was able to take some photos of Lawrence taking delivery of a new Brough Motorcycle. 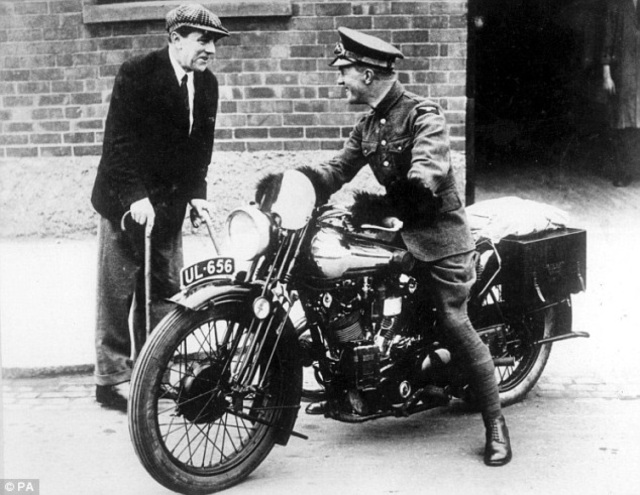 Andrew sent along two of the pictures that his grandfather took. These have become possibly the most famous pictures of “Lawrence of Arabia” and his enjoyment of motorcycles. 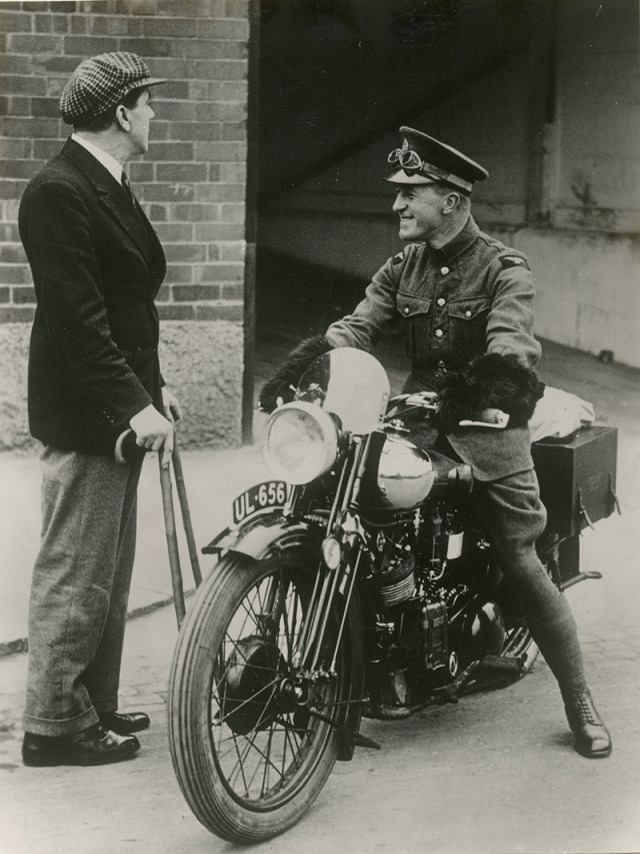 At the time these photos were taken there were very few pictures of Lawrence apart from his official army picture, so Andrew’s grandfather had a real scoop!

Jack went on to become Chief Photographer retiring in the 1950’s although he carried on helping out at the office for years afterwards.  Andrew carried on the tradition working for the Nottingham Evening Post as senior photographer for several years, and has now become a freelancer photographer.

I very much appreciate Andrew sharing these photographs that his grandfather took and the story behind the photographs.

This entry was posted in Uncategorized and tagged TE Lawrence. Bookmark the permalink.