Article About The 1966 Canadian Winter Rally

Recently I was contacted by Brian Paul who competed in the 1966 Canadian Winter Rally to see if I had information on the results of that rally.  Brian drove a Mini Cooper S and was one of the relatively few cars that finished the 1966 Canadian Winter Rally.  I do not have good information about the results of this rally and have previously posted on this website about my concerns that whatever records exist for this rally either might be lost or could soon be lost. 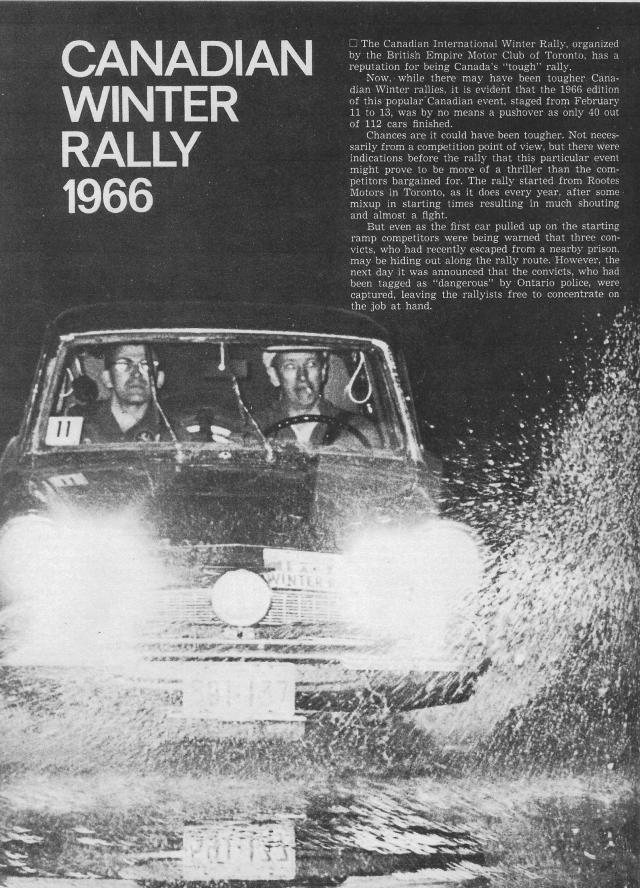 This Anglia Looks Like It’s Going Through A Water Splash (In February?) 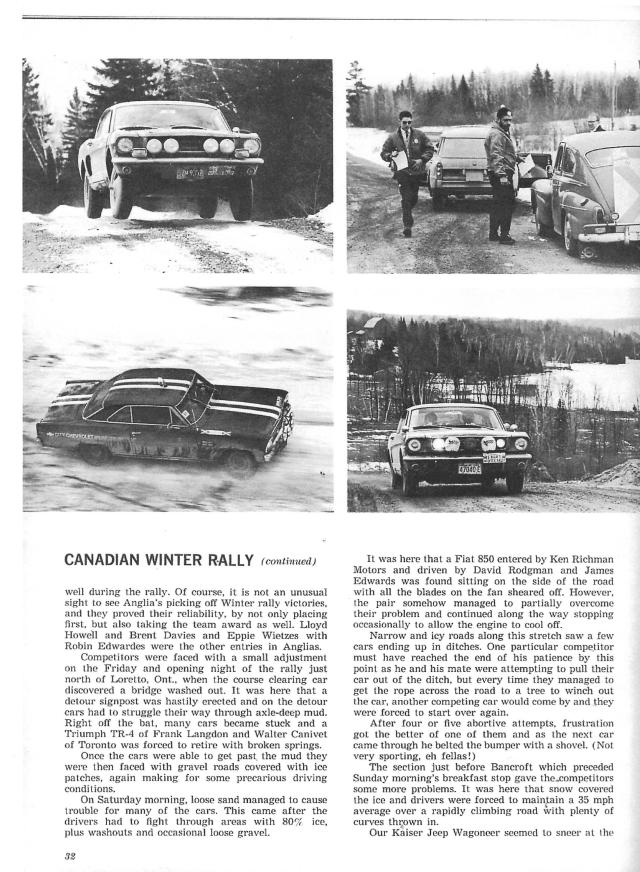 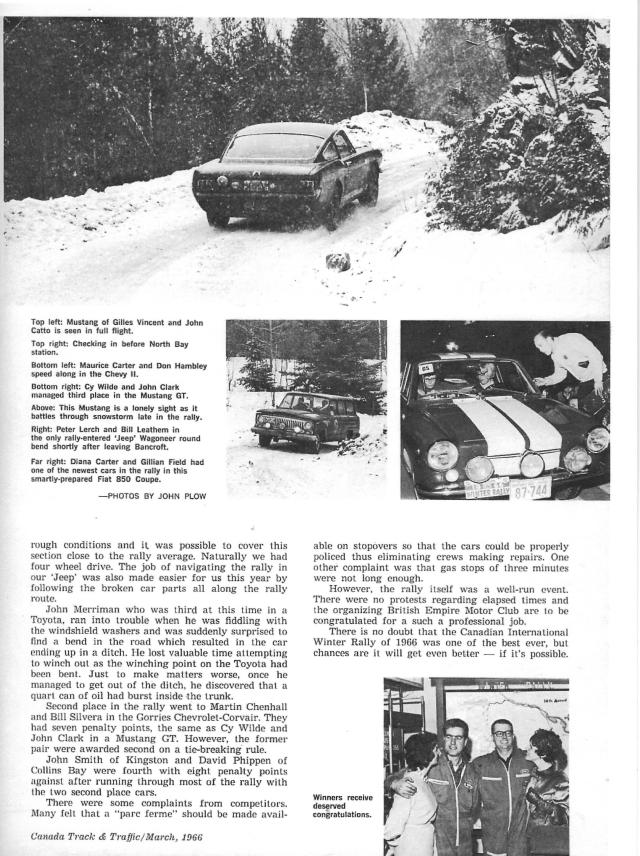 Winners Were Paul MacLennan/John Wilson In An Anglia

This winter rally was over 1,300 miles long!  What a treat it would have been to compete in this winter rally.  All of the finishers deserved to be congratulated and were presented with Finisher’s Medals.

This entry was posted in Uncategorized and tagged Canadian Winter Rally. Bookmark the permalink.