The entry list for the 2015 Rallye Monte-Carlo Historique has been published by the organizers.  The event’s popularity is demonstrated with 314 entries at this time. 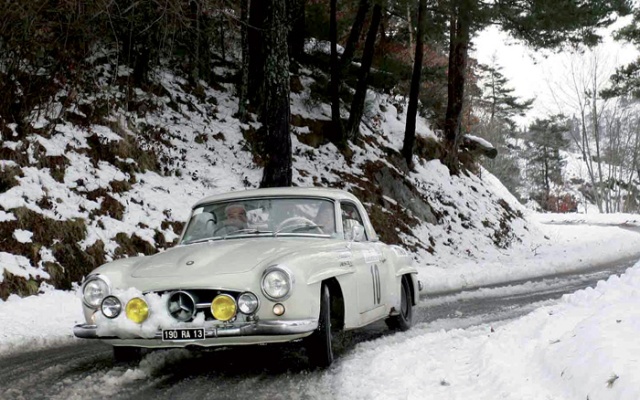 A Mercedes-Benz On Snowy European Roads

One of the names on the entry list that caught my eye was Willy Cave.  I have noted in previous posts about the MG Magnette that he was an international rally navigator in the mid-1950s.  Over the years with various teams and drivers he regularly took part in the Monte Carlo Rally, the Alpine Rally, Liege-Sofia-Liege rally, and the World Cup Rally in 1970.  I often see his name in various historic rallies.

Recently Willy Cave was given the International Historic Motoring Award for Lifetime Achievement.  This is a major honor and his achievements continue to this day.  It is very impressive that Willy Cave will turn 90 years old while participating in the 2015 Rallye Monte-Carlo Historique! He will be navigating for Alastair Vines in a 1964 Mini-Cooper S in the rally.  I will be interested to see how the team of Vines/Cave do in the rally.

The complete entry list for the 2015 Rallye Monte Carlo Historique can be viewed by clicking on the link below:

I was disappointed to see that there is not one North American, as far as I can see, taking part in the 2015 Rallye Monte-Carlo Historique.  I know that not many North Americans have taken part in this rally in the past, so I was expecting to see low North American participation, but zero is lower than I expected or hoped. 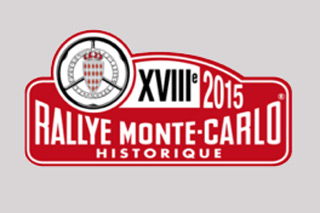 In fact, given the relative proximity of Great Britain to Monte Carlo, the strong historical competition ties to the Monte Carlo Rally, and that Glasgow (actually Paisley) is a start city, I am surprised how few British entries there are.  I counted 11 British teams, which is a small number out of 314 entries.

Paisley Was Also A Monte Carlo Historique Start Location In 2013

This entry was posted in Uncategorized and tagged Rallye Monte Carlo Historique. Bookmark the permalink.