Posted on December 9, 2013 by Steve McKelvie

A couple of weeks ago I had the pleasure of meeting with Bruce and Andrew Male of the Classic Marque at their facility in Danvers, Massachusetts.  We were discussing various equipment that can be used for rally timing.  The Classic Marque has a very varied and impressive collection of classic cars.  One of the cars that they have is a 1959 Ferrari 250 GT Tour de France shown below. 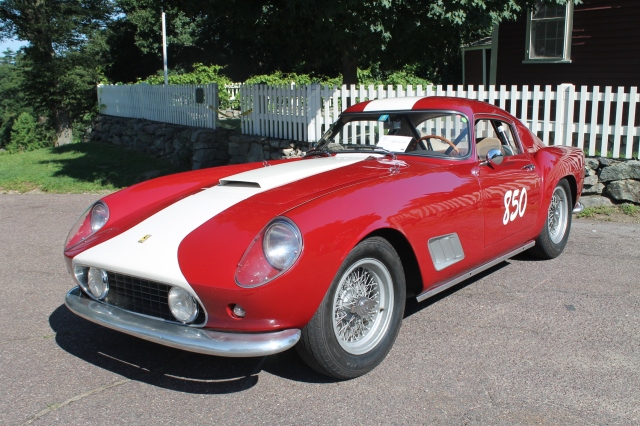 In the automotive world, the Tour de France was a multiday series of competitions held at several race tracks.  In 1956, Alfonso de Portago won the Tour de France in a Ferrari 250 GT berlinetta and henceforth this model of Ferrari became known as the Tour de France, although this was not a designation used officially by Ferrari. 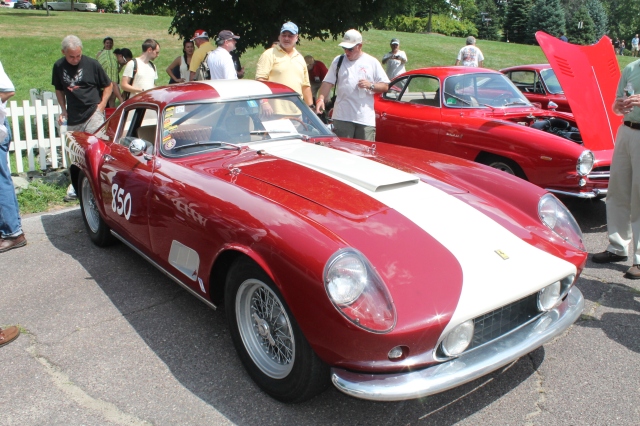 The Car’s Owner, Bruce Male Wearing A Blue Cap, Is Standing The Car

The Ferrari 250 GT Tour de France was Ferrari’s customer racing car.  Alfonso de Portago was a wealthy Spanish sportsman – a very accomplished sportsman.  Before he began car racing he was a champion boxer, swimmer, and polo player.  He was considered to be one of the best horsemen in the world.  Even when he took up car racing he also became one of the top bobsledders in the world.  Unfortunately de Portago’s life ended tragically in 1957, when he crashed at the Mille Miglia as he was approaching Brescia in third place overall in a 4.1 liter Ferrari.  His accident was perhaps the prime reason that the Mille Miglia was shut down as an open road race after the 1957 race.  He was very popular and his death was widely mourned. 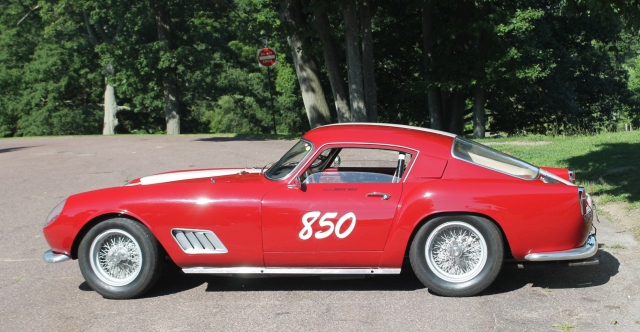 The Ferrari 250 GT Tour de France was powered by a 2,953cc V-12 single overhead camshaft V-12 engine that produced about 240 horsepower at 7,000 rpm.  These engines were fitted with three Weber two-barrel carburetors.  The approximately weight of the Tour de France car was about 2,600 pounds, therefore it is a very fast car. 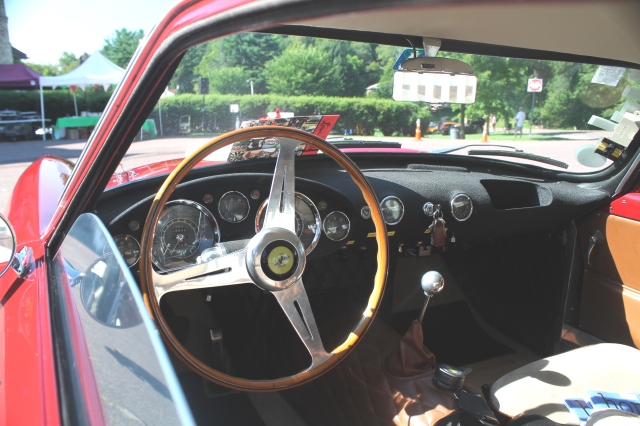 The Wood-Grained Steering Wheel Sets Off The Interior Aesthetics

The Ferrari 250 GT Tour de France only came with a four-speed manual transmission.  The rear axle gearing could be changed, which would have an effect on the top speed capability of the car, which depending upon the gearing could vary between 126 and 157 miles per hour.  The 0 to 60 miles per hour time was in the range of 7 to 8 seconds. 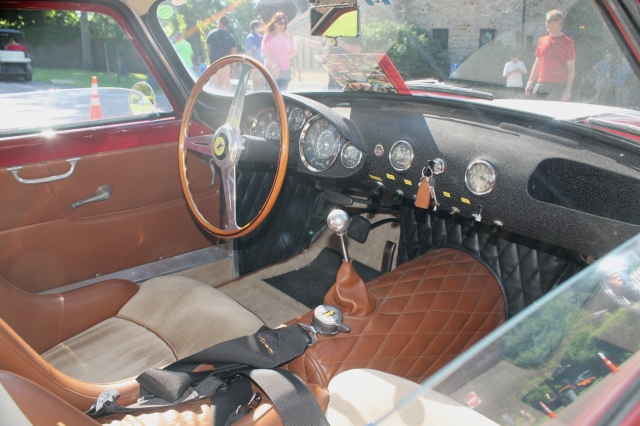 The bucket seats have good lateral support to allow very aggressive driving which would be expected for a customer or gentleman’s racing car. 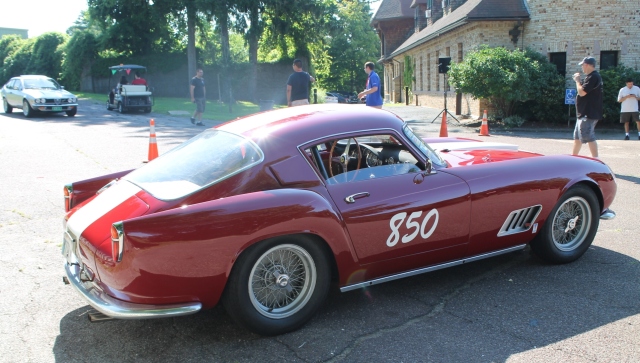 The Wire Wheels On Cars Of This Era Really Look Great! 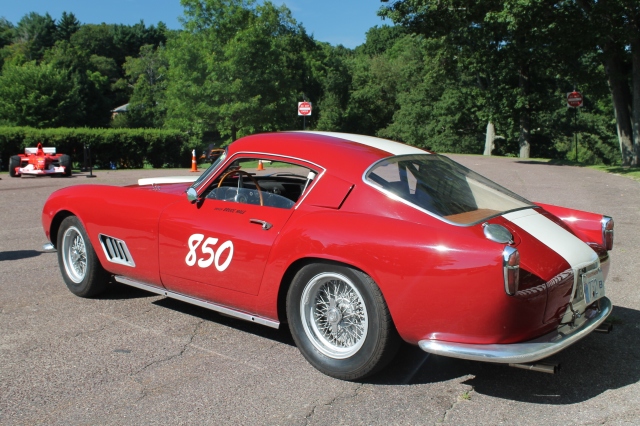 If you are interested in this car, or other great collector cars you can go to The Classic Marque website:  www.TheClassicMarque.com