I was recently at the Larz Anderson Museum of Transportation in Brookline, Massachusetts attending the 2013 Swedish Car Day.  Outside of the museum the 1949 Cadillac of Lloyd Dahmen/Chuck Schwager that was successfully used in both the 2010 Peking to Paris Motor Challenge and the 2013 Great South American Challenge. 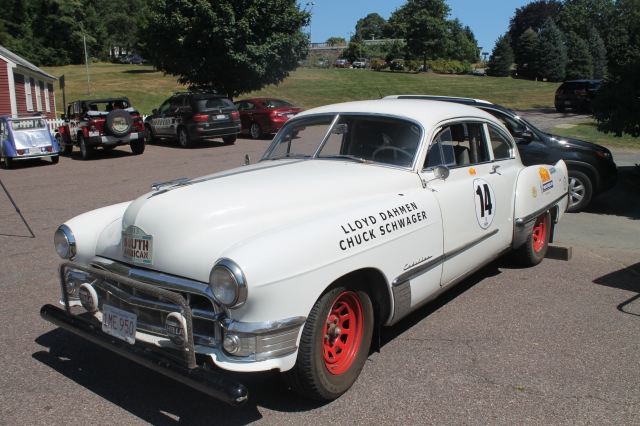 This car was especially prepared for the 2010 Peking to Paris Motor Challenge.  I went to a lecture about 2 years ago at Larz Anderson where Lloyd and Chuck explained all of the preparation that went into this vehicle.  There was a great deal of work done to the suspension and back axle in this car.  The thorough preparation that was done to this Cadillac has resulted in a very reliable, tough rally car.

The 1949 Cadillac was the first Cadillac with the overhead valve V8 engine.  The engine in this car was detuned somewhat in order to run well on low octane fuel.

The Cadillac has a stylish fastback design that was copied by other General Motors marques in the early 1950s.  The large size of the car is also useful to carry spare parts and tools that can help you get to the end of a marathon rally. 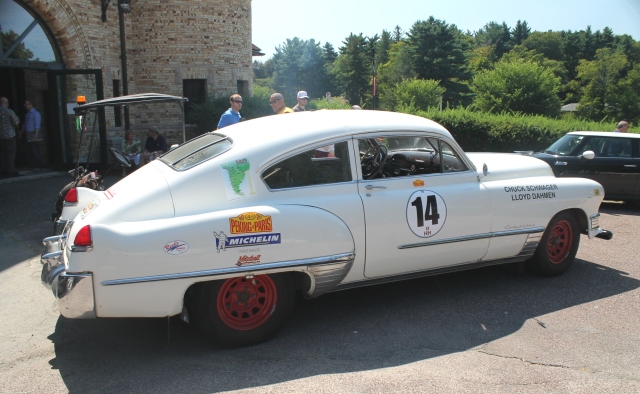 Strong Steel Wheels Are Needed For The Tough Marathon Rallies

The rally navigator’s station is not complicated in this car.  In addition to the Terratrip 303 rally computer shown, I believe that the black holder to the right of the Terratrip 303 is the unit that holds the GPS system.  The GPS was especially needed in some of the remote areas in Mongolia. 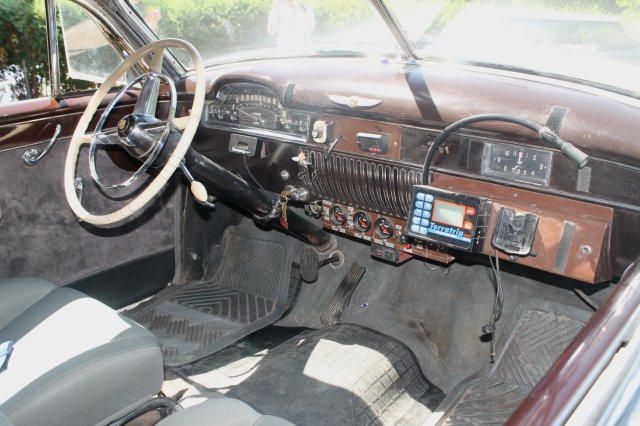 On close examination, you will note that this car only has a brake pedal which is indicative of an automatic transmission.  Only a few special order Cadillacs had manual transmissions in this era.  I believe that special order manual transmission Cadillacs were available for Briggs Cunningham for his Cadillac Le Mans competition cars.  Lloyd Dalmen pointed out during the lecture at Larz Anderson that his thinking was that he did not have to worry about clutch and other transmission problems.

Comfortable Seats Are Needed For The Rough Roads

I am not sure where the seats were sourced from in this car, but I thought that they were an excellent choice to provide both the comfort and safety needed for a long rally over rough roads.  The roll cage is a comforting as well.

I Wonder What Adventures Lie Ahead For This Cadillac?

The car still has the livery from the 2013 Great South American Challenge, a rally held by H&H Classic Rallies.  In spite of the two major events in which this car has taken part, the car looks like it is ready to go again.