Over the past couple of weeks I have had the opportunity to read Brock Yates’ book “Against Death and Time”.  This is not a newly written book, as it originally published in 2004.  The book covers four accidents that occurred in one year, 1955, that had a profound effect on racing and the way racing was envisioned by the public.  It is also weird as he also covers the non-effect that accidents seemed to have on racing – drivers were replaceable and death was commonplace. 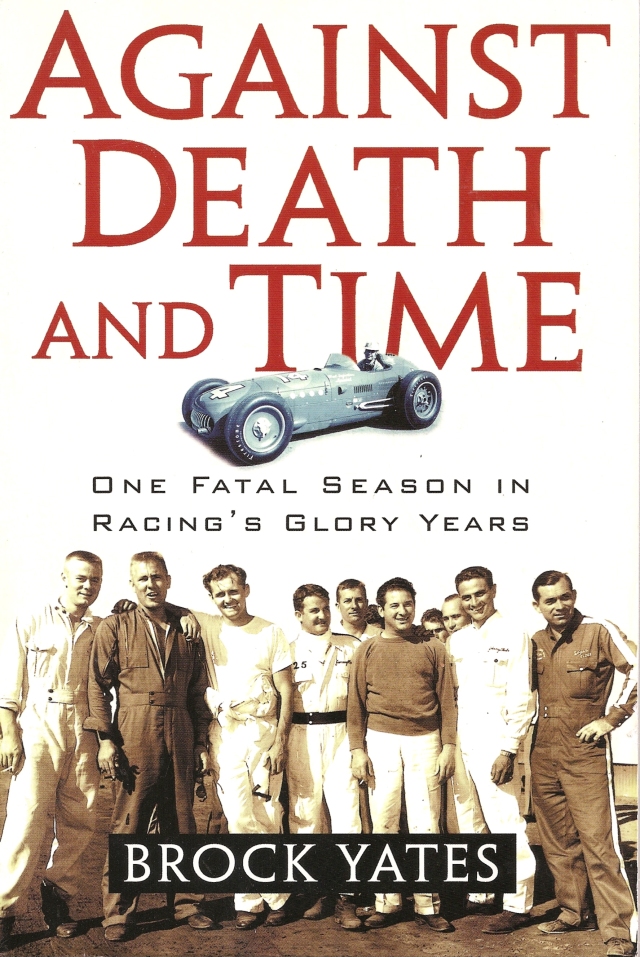 The four 1955 accidents that were covered in Yates’ book are:

The book has a significant unevenness to it, as the book it dominated by the story about Bill Vukovich.  The impression that stuck with me about the Vukovich story is the mental challenges associated with driving at the Indianapolis Speedway.  Brock tells the story of John Fitch, the well-known and great racing driver, trying to qualify at Indianapolis in 1953.  Fitch was near the peak of his racing career at that time.  However, Fitch could only get a new Kurtis roadster to go 129 mph at Indianapolis, but another driver, 46-year old Bill Holland, was easily able to qualify the same car later during qualifying at a speed of 137 mph.  Given Fitch’s driving talent, there must be something special about driving at Indianapolis.

Another story that interested me was the death total related to the terrible accident at Le Mans.  I always had read that the total death toll was around 83.  Evidently, the actual total was probably more than 100, as the French authorities only counted the French citizens that died on site.  They did not count the non-French citizens that died or anybody, regardless of citizenship, who subsequently died in a hospital of injuries at the race accident.

All in all, Brock Yates is a good story-teller and the book is a good read about an era when death was quite common in racing.

2 Responses to Brock Yates’ Book “Against Death and Time”