On the outside, an matrix type grill was added along with some stainless steel beading along the fender/body shell joints.

The later Triumph TR3 cars were among the first cars to be fitted with disk brakes as standard equipment.  The TR3 cars built between October 1955 and September 1956 had drum brakes, while the later cars up to the end of production in September 1957 had disk brakes. 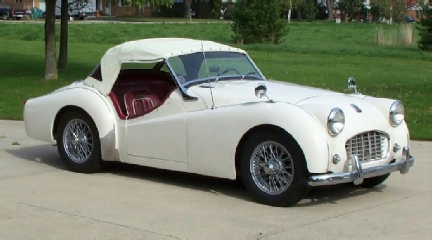 The performance of the TR3 was not an improvement over the TR2., in fact a case can be made that the TR3 cars were slightly slower than the TR2.

As with the Triumph TR2, the TR3 was given a distinctive hood emblem.  This emblem is shown below. 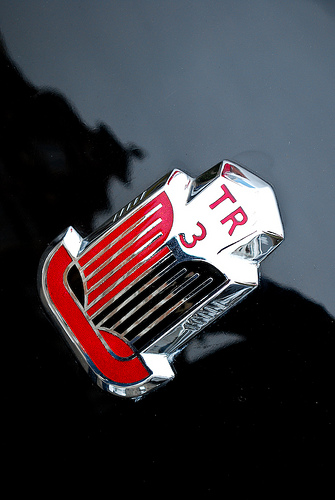 The three Coupe winning rally cars shown in the above photo were raced at Sebring in 1957. 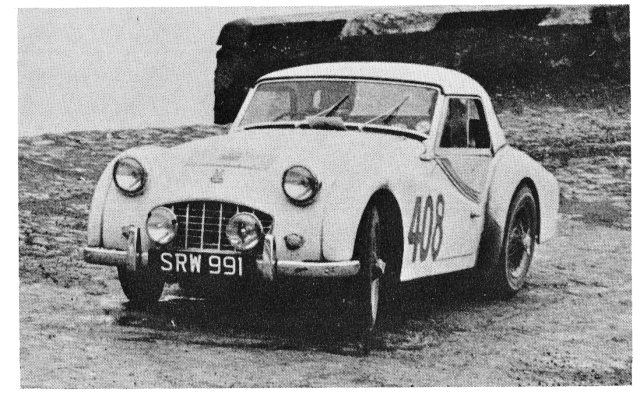 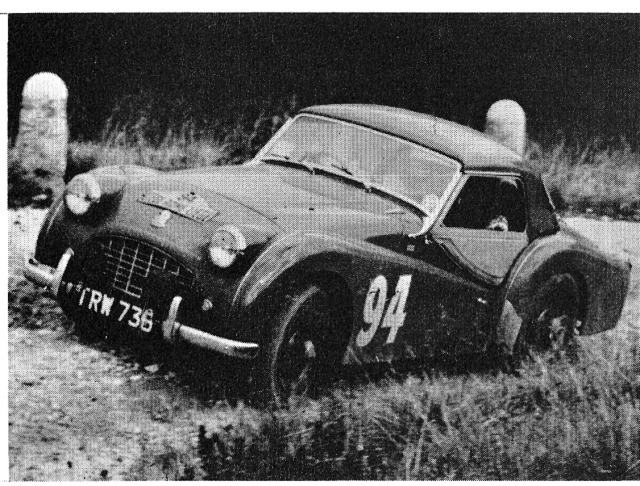 The TR3 was produced from October 1955 to September 1957 during which a total of 13,377 cars were manufactured.  This was about 50% more than the number of TR2s that were produced.  About 90% of the TR3s were produced for export, so they are out there, but it is not common to see a Triumph TR3 these days.