I have recently been reading the biography of Mark Donohue.  One of the larger cars that he raced early in his career was a 1965 Shelby Mustang GT350 factory competition car, which is referred to as the R Model.  He had entered into a partnership of sorts with a fellow racer, Malcolm Starr.  Malcolm Starr was a part time racer who was trying to get established in the racing business and a partnership with Mark Donohue seemed like it could benefit them both.  As a result they arranged to get a GT350 R Model  (5R105) sponsored by Archway Ford of Baltimore, MD.  Malcom Starr raced this car once and won in a regional race at Lime Rock in October 1965.  The car was then sold to Yale Kneeland at the end of the 1965 season.

Some excellent information on these cars can be found in Colin Comer’s book, “The Complete Book of Shelby Mustangs”  and Steve Statham’s book “Shelby”.

Only a total of 36 of these cars were sold.  These were among the top race cars of their day.  Of the original 36 cars 28 were still known to exist in 2008.  These cars are very collectable, so don’t expect to get one cheap.

These cars used the 289 V8 engine that Carroll Shelby had been working on for years as part of the Cobra program, so by 1965 this engine was thoroughly understood and was giving about 350 good, reliable horsepower.  The cars mostly ran in B Production in SCCA races, with Jerry Titus winning the 1965 B Production National Championship in one of these cars.  In the year ending Runoffs, Donohue in Malcolm Starr’s GT350R had been leading Titus, but an oversized tire on Donohue’s car eventually went flat due to a severe tire rub.  Titus won over Bob Johnson in another Shelby GT350R with Don Yenko finishing 3rd in a Corvette. 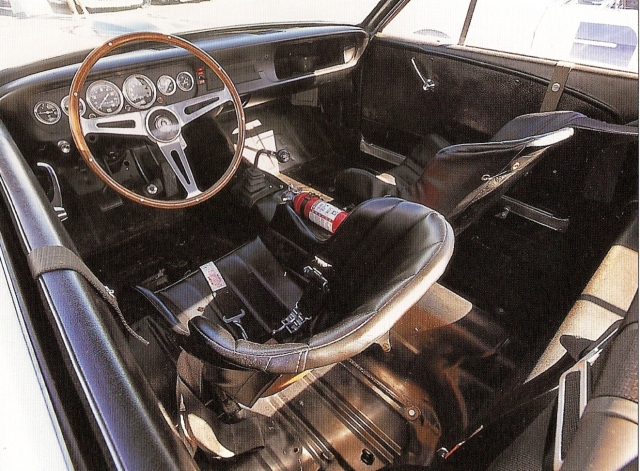 The Shelby GT350Rs were very basic cars with little pretense to being street cars.  Heater, defroster and bumpers were removed.  The glass in the rear and side windows was replaced with Plexiglas.  The cars had oversize 34 gallon fuel tanks, electric fuel pumps, oversize radiators and an oil cooler. Fiberglass was used in places instead of steel, in order to reduce the overall weight.

Jochen Neerpasch winning the GT Class at Nurburgring 1000km in 1967

Mark Donohue raced Malcolm Starr’s Shelby GT350R on 8 occasions in 1965.  He had 4 wins, 1 second, 1 third, and 2 DNFs.  At the end of 1965 Malcolm Starr was drafted into the Marine Corps and that seems to have been the last time that he raced for Malcolm Starr, but he did race a Shelby Mustang GT350R for Yale Kneeland with great success in 1966.  He had 9 races with 4 wins, 1 second, two fifth place finishes, 1 DNF, and 1 DQ. 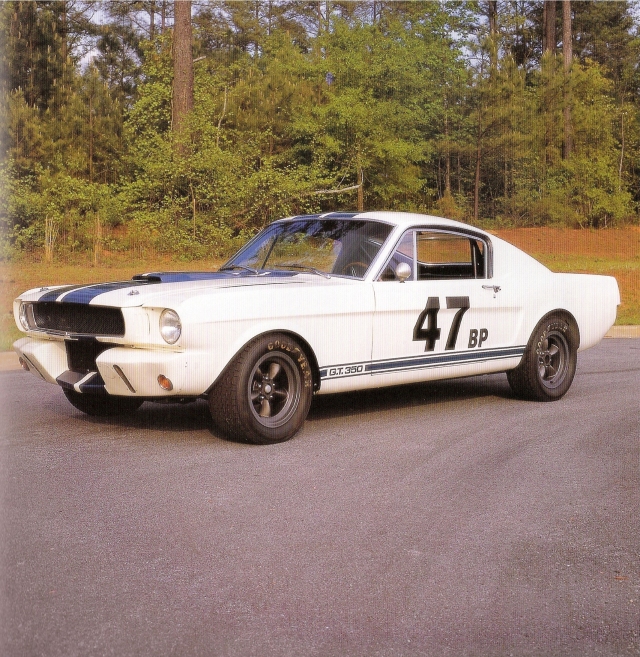 The Shelby Mustang GT350R was a Successful Racer